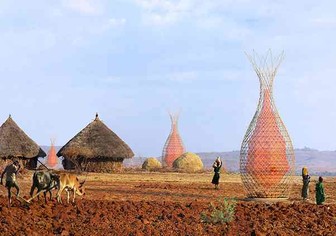 Hong Kong Billionaire and the 88th richest person on earth, Lui Che Woo, recently sat for an interview with Forbes at his office in North Point to discuss his philanthropy and business success.

Lui donated $1.2 billion of his wealth to endow his foundation and the LUI Che Woo Prize for World Civilization. The honor is granted to three winners each year and includes a cash award of HK$20 million ($2.56 million).

According to Lui Che Woo, the LUI Che Woo Prize focuses on three areas: Appreciation and recognition towards sustainability of world resources, determination in betterment of people and the society, and demonstration of positivity.

Lui created the award prize to care for mankind and sustainability of resources, so that people can all enjoy the world in a harmonious way.

Lui adds that the prize has a selection process structured for three rounds of evaluation, and the council members include Her Royal Highness Princess Maha Chakri Sirindhorn of Thailand and former World Bank President Sir James D. Wolfensohn.

Lui also shares his secret to business success, the most important thing to him, and his recommended books to read. Read the Entire Article

How Climate Change, Millennials and Tainted Donors are Impacting Philanthropy

In a Johnson Center's 2020 11 Trends in Philanthropy report, it analyzes upcoming and developing issues in the nonprofit industry. According to the report, millennials will make up more than half...more

Seattle Times political reporter, Jim Brunner, covers digital "deepfakes" - fabricated videos so realistic they can put words in the mouths of politicians or anyone else that they never said. A...more

What Will Cultural Philanthropy Look Like in the 21st Century?
Foundation: Knight Foundation

A new initiative called the Arts Funders Forum, supported by the Knight Foundation and run by the strategic advisory firm M+D, launched in Miami Beach with the aim of identifying the current state of...more

A Singaporean program called âSocial Inc.â features new rising social enterprises each episode and couples them with a CEO mentor who will help augment their chances for success.