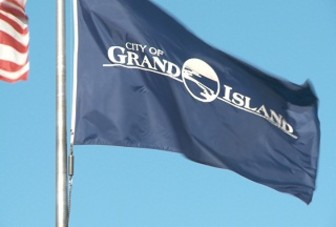 This program is a collaboration with the Alabama Appleseed Center for Law and Justice. Carr stated that the initiative was modeled after the Center for Court Innovation in New York.

When it comes to giving back to the community, the Verona Area Education Foundation is known for its annual craft sale and student artist contest, but this year it's making headlines for another...more

A woman in Eureka, Ill., is donating her time and money to help people affected by the recent tornado. Marj Crowe is a member of the local chapter of PEO International, a philanthropic...more

If you've never given to a charity before, September will be your lucky month. That's because the Community Foundation Herkimer and Oneida Counties in upstate New York will be holding its...more

"It's a joy to work at Venture North," says the nonprofit's president. "For us, that joy comes from working arm-in-arm with hundreds of small businesses, community leaders, philanthropic interests...more

In Defense Of Philanthropy

Phil Buchanan, president of the Center for Effective Philanthropy, says it's "unfortunate that philanthropy requires a defense, but thankfully this book more than meets the challenge." That...more

If you're a startup founder in Michigan, you're in luck: A new nonprofit aims to connect you with other like-minded entrepreneurs across the state, the Detroit Free Press reports. "Our mission is...more

"There is an emergency. We all know what the pandemic has done, not just to our schools and communities but to teachers and the ensuing shortage," NewSchools Venture Fund's Katiusca Moreno tells...more

World of Philanthropy About To Be Disrupted

Co-founder of Global Philanthropy Group, Trevor Neilson, talks about the disruption of the foggy world of philanthropy.