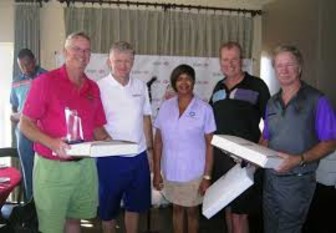 "We are a region of contrasts," Frank Fernandez, president and CEO of the Community Foundation for Greater Atlanta, tells the Atlanta Journal-Constitution. "A region that has a lot of great opportunity. But also, a region where that is just not equally distributed."

That's why the 71-year-old foundation, which has given more than $140 million to more than 400 nonprofits, has launched TogetherATL, a five-year plan designed to ensure "every resident in the Atlanta metro region has a fair shot at a decent life," Fernandez tells the Journal-Constitution.

TogetherATL will focus on two categories: "placed-based" and "systems change."

The foundation says it picked three areas in the Atlanta area; Thomasville, South Cobb, and South Fulton, out of 166 neighborhoods to focus on as part of TogetherATL.

The application process opened June 1, and nonprofits can apply at the link below. Read the Entire Article

The first black CEO of the Community Foundation of Greater Flint, Mich., is working to rebuild trust in a city still reeling from lead-contamination water crisis, the AP reports. Isaiah Oliver was...more

Lawrence County, Ohio, is now home to a $2 million endowment that will be put to good use. The Times Leader reports on the formation of the Lawrence County Community Foundation, which was...more

How Web3 Could Democratize Donations

The Early Literacy Grant Program of the Southern Minnesota Initiative Foundation provided grants for more than 21,000 children's books to 46 local groups. This program provides books to kids to boost...more

Women in Park City, Utah, are putting their money where their mouth is. The Park City Community Foundation's Women's Giving Fund has awarded $45,000 to the Hope Alliance to expand vision care for...more

The Marinette and Menominee Area Community Foundation is now accepting grants for the summer. The grants are available to community organizations in the two counties that make up the M&M Area,...more

Adolescent girls and young women* of color are driving change, from their households to the forefront of social movements around the world. The Advancing Girls Fund supports their leadership,...more

How To Donate To Victims Of The Highland Park Mass Shooting

The victims of the mass shooting at an Illinois Fourth of July parade are being helped in their time of need. The Highland Park Community Foundation has set up a fund to help victims and their...more

The HUB For Community Innovation Is Filling The Gaps In Augusta

"This community has done something really amazing with these two buildings, and what we have in front of us is how we make these buildings come to life," Shell Berry, president of the Community...more

Rich McEachran, a writer for The Guardian,Â explains how social enterprises are a sustainable solution to modern slavery around the world.