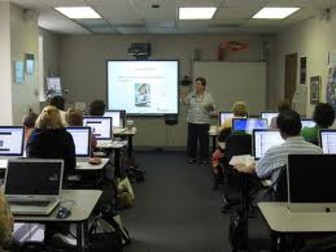 The Connecticut-based foundation, which has been awarding grants and scholarships since 1981, will be exempt from any future bank mergers, the Hartford Courant reports.

Last year, the foundation awarded more than $125,000 in grants and scholarships. Read the Entire Article

Teens in Berks County, Pa., are helping to make a difference by awarding $15,000 in grants to four organizations dealing with mental health issues, the Reading Eagle reports. The grants were...more

During the most recent awards event hosted by the Black Belt Community Foundation on June 11, a total of 69 different community organizations were given financial assistance. The Lincolnite Club Inc....more

When Cara Dingus Brook took over as president and CEO of the Foundation for Appalachian Ohio in 2015, she made a promise: "At FAO, we have long known there is no greater investment we could make than...more

Jefferson, Iowa, is celebrating its 150th anniversary this year, and the town's Bell Tower Festival, which runs from Friday to Sunday, is a big part of it. The Mahanay Bell Tower and the Festival...more

The town of Prince George, British Columbia, is getting a boost from a not-for-profit foundation that's been around for more than two decades. The Prince George Community Foundation has given more...more

"We are a region of contrasts," Frank Fernandez, president and CEO of the Community Foundation for Greater Atlanta, tells the Atlanta Journal-Constitution. "A region that has a lot of great...more

Independence Matters, the largestÂ council-owned community interest and day services company, celebrates the success of its newÂ social enterprise model that boost itsÂ care and support services to more than 1,450 people across Norfolk.