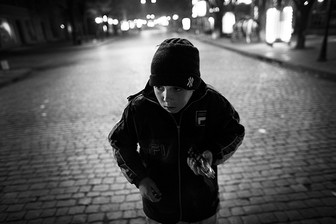 "To solve groundwater problems, we need groundwater solutions," Kim Addie and Katrina Mitchell write in an op-ed for the Atlanta Journal-Constitution.

That's the message they're trying to convey with their United Way of Greater Atlanta's new United for Racial Equity & Healing Fund, which they've launched to address "systemic racism" in the Atlanta area.

"We have made mistakes and learned from them and are striving to include in our work more and more the voices of the communities we serve," they write of the fund, which has raised $3.2 million and distributed $3.2 million so far.

The problem, they write, is that most philanthropic dollars in Atlanta go to direct services such as health care, education, and the like, while "a small percentage of total giving" goes to initiatives that address racial justice.

"We are left with a cogent conclusion: to solve groundwater problems, we need groundwater solutions," they write.

"We have made mistakes and learned from them and are striving to include in our work more and more the voices of the communities we serve," they add, noting that they've also spoken to other foundations with similar funds, as well as with the Pittsburgh Foundation.
Read the Entire Article