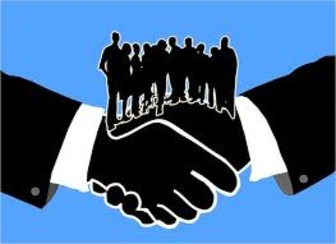 In September, the Vatican announced it was shutting down the St. Paul II-inspired Populorum Progressio Foundation for Latin America and the Caribbean, which had given more than $40 million to projects in rural areas across the region over the last 30 years.

Now Pope Francis has given the Latin American bishops' council, aka CELAM, responsibility for studying grant applications and following up on them, reports Catholic News Service.

"Our hope is that these integral development programs show that change is possible, that reality is not stuck," he said, adding that the pope's charity "maintains its mission and remains a work of the pope's charity."

In addition to major funding from the Italian bishops' conference and the US-based Cross Catholic Outreach, the Latin American dioceses of Latin America and the Caribbean also contributed to the foundation, which focused on health care, housing, clean water, community infrastructure, agricultural development, starting small businesses, and Catholics in the faith. Read the Entire Article

MacKenzie Scott, former wife of Amazon.com founder Jeff Bezos, donated $4.2 billion to 400 organizations nationwide in December. But the Florida woman, who is also the last of her family to...more

"All I can think about is how blessed we are." That's howLydia Long, director of labor and delivery at Baptist Health Deaconess Madisonville in Kentucky, describes new equipment being installed in...more

India's education system is considered among the world's worst, with more than a third of its students dropping out before graduating from high school, Quartz reports. Now, a group of Indian...more

Tuesday is Giving Tuesday, a day when people can donate to dozens of charities in one fell swoop. "There is never a way to know what each [donor] will bring back to their community," the executive...more

The Boys and Girls Club of San Diego's Video Production Club is going to be able to buy new equipment after all. The Conrad Prebys Ramona Branch received a $5,000 grant from the Ramona Community...more

"We heard stories of struggle, but also voices filled with pride and spirit, that despite all odds continue to push forward and challenge deeply rooted systems of inequity." That's what the...more

CFOV Has Enhanced The Region For Decades

The Community Foundation of the Ohio Valley celebrated its 50th anniversary this week with an open house at its headquarters in Steubenville, where it gave out more than $445,000 in scholarships in...more

Resource Generation, a group of young people who grew up wealthy, wishÂ to give something back.Â They published a letter this weekÂ that implies advocacy and participationÂ inÂ structural change that will ultimately improve the resourcing of schools in Pennsylvania.