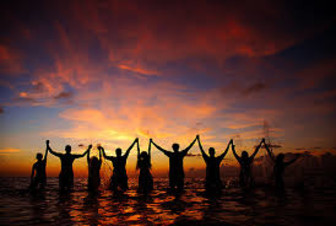 India needs to get its act together on climate change if it wants to avoid the worst effects of global warming, according to a new report from the World Wildlife Fund. The report warns that...more

The World Economic Forum held its annual meeting in Davos, Switzerland, this week, and Oxfam released a report on the state of the world's richest people. Here's what you need to know: The...more

"We are at a tipping point in our efforts to put the planet back on track to meet our climate ambitions," Klaus Schwab, executive chairman of the World Economic Forum, says. "To reach the speed...more

"To reach the speed and scale required to heal the Earth's systems, we need to unlock not only private capital and government funds, but also the philanthropy sector as a truly catalytic force to...more

The ongoing flooding in the San Francisco Bay Area has prompted a call for help from some of the region's biggest donors. The San Francisco Chronicle reports seven community foundationsincluding...more

Investing in Climate Action: What Canada Can Learn from the US

Jeff Bezos is putting his money where his mouth is, with a $10 billion donation to help fight climate change. The Amazon founder's Bezos Earth Fund will provide grants of up to $1 million per...more

5 Ways To Level Up Your Charitable Giving In 2023
Foundation: Foundation Source

"If you could give one piece of advice for anyone who to be more charitable in 2023, what would it be?" That's the question Mary Ann Stover, chief revenue officer at Foundation Source, posed in a...more

Bill Gates took to Reddit on Wednesday for his 11th "Ask Me Anything" session, and the Microsoft co-founder spent more than an hour fielding questions about everything from climate change and...more

A Florida nonprofit that helps kids with "medically complex" conditions is in the running for a big grant. The CareSource Foundation, a nonprofit that administers one of the country's...more

Climate Change Report: What it Means for Impact Investing

The United Nations Intergovernmental Panel on Climate Change (IPCC) published the first of three volumes of its fifth Assessment Report (AR5). The findings of the report show that mainstream businesses have become greener, with an emphasis on reducing carbon emissions which are the key sectors for impact investment.